Now, it's time to connect a remote sensor to my new receiver and begin a real data acquisition.

I think I'll go back to my sensor gas prototype...I already made some experiments with it:

I'm going to use it as a remote gas sensor with MQ-4 [Datasheet]. 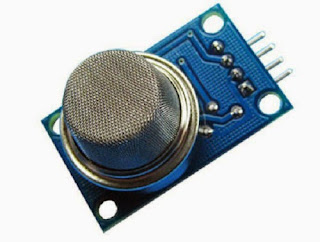 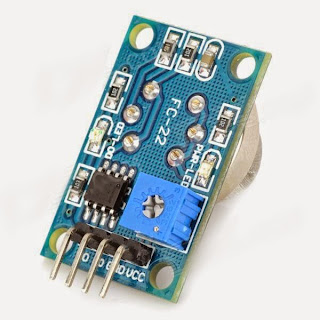 and a wireless RF-433 transmitter. 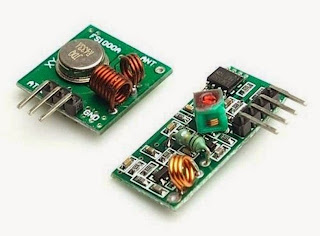 with a lot of wire, led and a push button to reset sensor status.

This is the fritzling design: 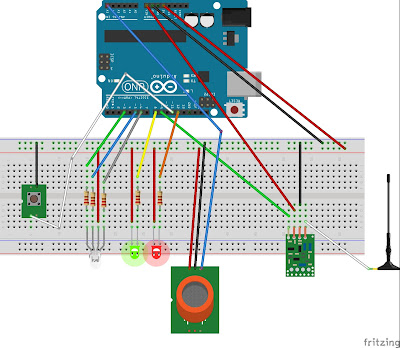 As well as Wireless transmitter and gas sensor, we could see a red led, a green led and a RGB led. On the left side of the schema, there is also a push button. Led are powered by Arduino 5V power line, protected by resistors...Arduino is powered by a 12V transformer just like the wireless transmitter, to ensure the best transmission power. 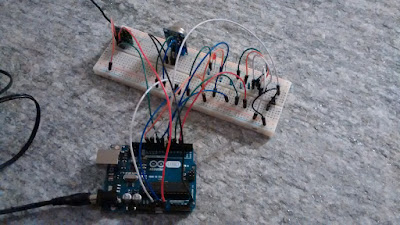 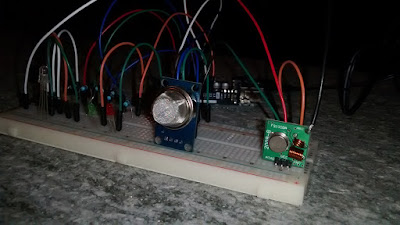 When the system is powered up, the gas sensor warm up stage starts; this is necessary to ensure better precision...during this time, RGB led blinks.

When the average is out of tolerance, RGB led lights up.

The push buttons reset the system status and turns off the RGB led. If a value is out of tolerance and then other samples return to normal values, the led still lights on...to get the attention...only through the push button, led could be turned off.

The wireless data sent every 5 seconds is a text string with the following format:

VALUE is the calculated average, STATUS is a numeric value indicating the system status according to the following schema:

You can download the complete Arduino Sketch from here:

As for the receiver, I used RADIOHEAD libraries to manage wireless transmitter.

- First, the system checks the push button status...If it was pressed, the variable which manages the system status will be set to OFF;

- Then, the system read 10 samples from the gas sensor and calculates their average; during this time the green led lights up (PIN 8);

- Every 5 seconds the system calculates the average and set the system status according to this value; then, this value is sent to the receiver;

- The average value is sent to the receiver; during this time the green led (PIN 12) will light up;

And finally, here is a short video: