It's been a long time when I wrote my last post...My job and family matters keep me far from my hobbies...priorities won

As some of you could remember (see post http://domoticsduino.blogspot.it/2016/03/data-acquisition-photovoltaic-production.html), I acquired the production of my photovoltaic plant using the OWL CM160 wireless receiver, plugged into the USB port of Raspberry. 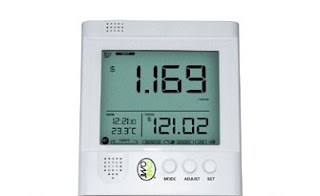 Unfortunately, this system was not so stable as I wished, because of the USB driver...and so Raspberry needs to restart...not so convenient...isn't it?

I found an internet blog where someone was able to sniffing wireless data packets trasmitted by the sensor to the OWL, through a simple wireless receiver, as the one I used to receive the gas sensor data...(see post http://domoticsduino.blogspot.it/2015/08/data-acquisition-receiver.html) 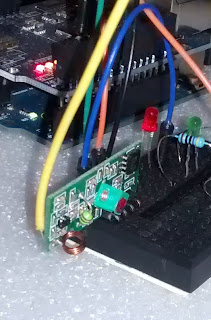 This it the article:

It's using a CM180 wireless receiver, but the explanation works well for the CM160 too.

These systems use the Oregon Scientific communication protocol...My CM160 use the version number 3...

Here is a doc about Oregon Scientific protocol...

So I connected my wireless receiver to an Arduino UNO and I downloaded the sketch which allows me to decode the OOK transmission. Playing with bits I was able to decode the transmitted value of the solar power...

Some example in hexadecimal chars:

Output on the serial port

Sniffing all the 433 Mhz packets, I noticed that there are packets with a different format...these packets may be transmitted by other sensors. One of these sensor could be the temperature gauge, placed outside the house. At this time I'm not able to decode this particular signal...maybe in the future??